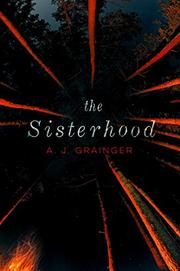 Sixteen-year-old Lil has been sad and anxious since her sister, Mella, inexplicably went missing over four months earlier.

Although sometimes resentful of her sister’s colorful character and unpredictable behavior, Lil misses her terribly. Events take a strange turn when Lil rescues a young teen, apparently the victim of a mysterious accident, who is eventually able to provide clues as to Mella’s whereabouts. Set against the backdrop of the wet and wild Welsh countryside, the story is punctuated with chapters about gatherings of the Sisterhood of the Light led by the charismatic but evil Moon whose mission it is to bring down-and-out girls in from the Dark and induct them into the sinister Light-worshipping Sisterhood. With the help of her loyal boyfriend, Kiran, and her policewoman aunt, Sabrina, Lil continues to search for Mella, haunted by imaginary conversations with her, survivor’s guilt, and flashbacks to the good and bad times they had together. Lil’s reflections on Mella and her anxiety and insecurity are relevant to modern teen issues, and Lil experiences the flood and fire of a traumatic separation. The relationship between the sisters is well-drawn. Most major characters are assumed white, and Kiran is biracial, with a white Welsh mother and British-Indian father.

Teens will find it easy to relate to this drama that touches on the supernatural but is grounded in sisterly love and common sense.