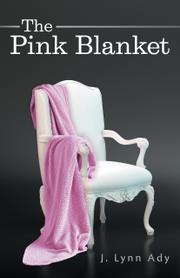 Ady’s debut novel explores the intricacies of moving on from an abusive marriage.

As the story opens, Taya Logan is having a paralyzing nightmare—one of many stemming from the domestic abuse she endured at the hands of her violent husband, Nate, whom she escaped months ago. Soon after her return to Chicago from Italy, she meets and becomes smitten with entrepreneur Jonathen Tate, “Chicago’s top successful bachelor,” and he soon falls for her. He recently experienced a bitter divorce, but he’s anxious to rediscover love and commitment, and he quickly considers Taya to be “a drug I’m addicted to....One, I can’t get enough of.” However, the threat of Taya’s abusive spouse is ever present, and when Nate eventually appears, the melodrama hits its highest notes. Readers will be swept up in Ady’s suspenseful narrative right from the start, and the author does an impressive job of getting inside Nate’s mind as well, showing him to be a very troubled, very powerful, and highly manipulative man. Things get more complicated when Jonathen’s ex-wife, who also has ties to Nate, joins the fray. Ady’s prose, as filtered through Taya’s and Jonathen’s alternating perspectives, can be lushly evocative, but it’s sometimes awash in adverbs, overly expository, and excessively descriptive. Although the novel as a whole is somewhat overlong, fans of romantic suspense will still embrace its over-the-top aspects. Overall, it’s an engrossing story of a battered woman trying to reclaim her life and find true love, and it features characters of impressive authenticity and emotional depth.

A highly charged romance with plenty of intrigue and danger.