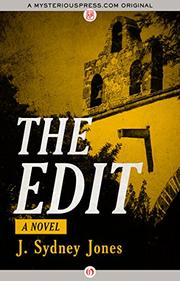 A Nazi war criminal who fled his homeland shares his story with a young journalist he’s kidnapped.

The unnamed protagonist recounts his life story in a measured, ingratiating first-person narrative interspersed with sections of the memoir he's writing. Born in Vienna in 1916, he describes with pride his early initiation into sex in the bed of the experienced Frau Wotruba, who remains a kind of mentor through the following decades, and his anti-Semitism. He reveals he’s a Nuremberg war criminal hiding out in Central America. Visited by Kate O’Brien, an attractive young journalist who wants to hire his boat for a time, he shares details of his past and even takes her marlin fishing. The charm assault is reciprocal, a mutual flirtation, and he repeatedly calls her “the Irish.” When he sees her thumbing through the pages of his memoirs, he realizes that his disclosures may have put him in danger and sees no other recourse than to imprison her, though he also contemplates “eliminating” her. While Kate is careful not to reveal her distress, he notes subtle shifts in her behavior. Perversely, he turns her into his editor, including her critiques of his writing in the text of the book. In interacting with locals, he does nothing to discourage the rumors that the two are blissfully cohabitating. As descriptions of his activities as a Nazi become more graphic and despicable, both his dissatisfaction with and his dependence on his prisoner intensify. It seems she gives good critique. Their relationship becomes a provocative test of wills, raising a disturbing question: which is the captive?

Jones (A Matter of Breeding, 2014, etc.) brings deliciously dark humor to his psychological thriller, a worthy cousin to John Fowles’ classic The Collector.