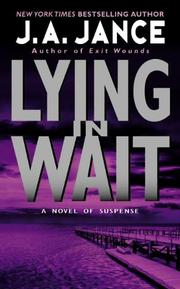 A particularly gruesome homicide—a fishing-boat captain killed and set afire aboard his boat after each of his fingers and toes has been removed—is only the beginning of the nasty developments in this latest outing for J.P. Beaumont of Seattle Homicide (Failure to Appear, 1993, etc.). There's the witness who nearly ran down a suspicious character fleeing from the scene of the blaze (a hit-and-he-ran); there's a second, land-bound, victim, identified (barely) as Gunter Gebhardt's paramour, Denise Whitney, whose existence would be quite a surprise to his wife even if she hadn't been executed in the same distinctive way; and there's the revelation that Gebhardt's father was an SS guard at the Sobibor extermination camp—a man who may have stolen a fortune in death- camp gold and taken a powder one step ahead of Simon Wiesenthal's people, who tell a tale of a third de-digitized corpse. You might think that Beau, who began the case as the old acquaintance of Gunter's widow and her boating neighbor Alan Torvoldsen and kept tripping over his society connections in the innocent early phases of the investigation, had supped his fill of horrors with the news of Nazi-hunting, but the guilty secrets his cast is hiding turn out to be guiltier still. Jance doesn't write trenchantly enough or plot tightly enough to justify dragging in the Holocaust back-story, but there's no denying the poisonous effects she gets out of it. Brrr.