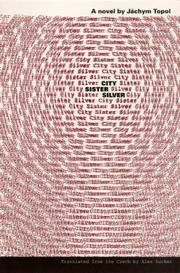 This ambitious 1994 novel, its author's first, and the winner of his native Czechoslovakia's Egon Hostovsky Prize, is a simultaneously panoramic and elliptical portrayal of Prague's defiant counterculture in the immediate aftermath of the 1989 `Velvet Revolution.` Topol's protagonist and narrator Potok, a former actor, is an idealistic (and somewhat ingenuous) dropout whose fragmented relationships with a vivid gallery of young intellectuals turned `street people` (including Potok's fiery girlfriend, pungently nicknamed `She-Dog`), involving him in smuggling, swindling, and suspicion of murder. Topol's bristling, leaping narrative boldly dramatizes the collapse of Communism and rise of anarchy in an embattled country grasping spasmodically for freedom - most memorably in such vivid setpieces as a brilliantly described dreamlike `visit` to Auschwitz. A difficult and challenging read, and indisputably a major contemporary novel.