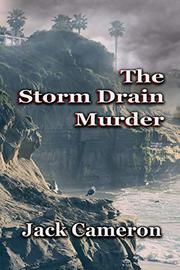 A lawyer leaves Los Angeles for life in a small town but finds it full of thieves, murderers, and too many women in this mystery.

Chain-smoking, Jason Brinkman, in his mid-30s and once a highly paid associate at an LA law firm, struggles financially after moving to Sea Cliff on the coast. Unknown to him, it’s a town that nearly everyone is dying to get out of, at least one of them literally. Jason’s wife, Courtney, a rising star at his former firm, wants a divorce, announcing, “You’re holding me back, Jason.” Unlike Jason, she apparently didn’t refuse to sleep with the firm’s top producer for decades, Gretchen Fautz. Expenses and child support deluge Jason, who counts on getting money from Geraldo O’Brien, his biggest client and the builder to whom he lent his life savings to finance a luxury spec house. Rumored to be involved in drug dealing and a man who always said he wanted to live in Mexico, Geraldo has disappeared along with his girlfriend, Danni Tedeski, and Jason’s money. Left behind is Danni’s teenage daughter, Tiffany, who has a drug problem. Jason worries about Tiffany because his own unhappy childhood mirrors hers. In spite of Jason’s having local waitress Erin Jones as his main squeeze, a long-legged blond named Rory catches his attention, and young, tube-topped Nikki Beach has designs on him. What suddenly puts Jason and the whole town on notice is the televised hoisting of a rotting corpse that two kids spotted lodged in a storm drain. An abundance of intriguing characters doing really bad things moves Cameron’s engaging story quickly to the finish line. Adding another level are the incisive questions of conscience and ethics that plague Jason. Writing can be first rate, for example: “Jason’s parents had enjoyed too much success early in life and not enough later. With success came drugs and alcohol, and as success dwindled, more drugs and more alcohol.” But this book limits Latinos’ roles to drug dealers, thieves, and laborers.

A cesspool of miscreants floods a strong tale of conscience and crime.