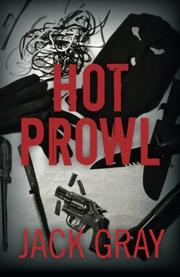 This debut true-crime book offers a meticulously detailed account of the Original Night Stalker, who terrorized California for years and was never caught.

In the mid- to late ’70s, a man dubbed the East Area Rapist committed a series of rapes in California. He was never apprehended for his crimes, and years later, all DNA testing could do was link the anonymous man to a string of unsolved murders attributed to someone the authorities had taken to calling the Original Night Stalker. Gray’s book discusses the crimes as if they were perpetrated by one person, known as the EAR-ONS, and Gray’s choice to outline the rapes/murders chronologically is a smart one, showing a man’s disturbing descent into progressively more hostile and lethal acts. The EAR-ONS’ assaults are presented in “phases” that reveal his frightening evolution—from targeting female victims to male/female couples; moving to other cities; and developing heightened aggression that featured biting. Gray approaches the material in a dispassionate tone, relaying the events like a report, with phases using subheaders such as Dates and Times, Modus Operandi, and Evidence. This, however, allows the book to focus on the more human qualities of the rapist-murderer; instead of treating the man like a monster, Gray deliberates on the ways in which the EAR-ONS evaded the police, in particular by wearing a mask and stopping his crimes altogether when the media coverage intensified. The book does occasionally become repetitive; at several different points, for instance, Gray notes the possibility that the EAR-ONS learned to conceal his identity from reading and watching detective movies and magazines. His “Personal Theory,” in which Gray essentially dramatizes the crimes from the killer’s perspective, is mostly reiteration made up of speculations that were voiced earlier in the book. The author also includes conjecture on how the EAR-ONS might have spent his childhood years and offers potential lessons, such as increasing citizen awareness via billboards—an approach that, as Gray mentions, has worked. Though not quite as scary as the author suggests—he recommends locking your door before reading the book—it is irrefutably unsettling; the EAR-ONS creeping into a house to unload the homeowners’ gun prior to an attack will make most readers shiver.

Painstakingly researched, exhaustive and direct; true-crime enthusiasts will not be disappointed.