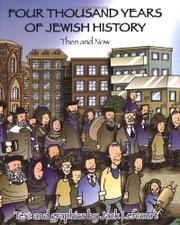 The story of one of the world’s oldest religions is folded into an overview of world history. Influential in at least two other great religions, Christianity and Islam, Judaism and its people have also been affected by the events and evolving beliefs and perceptions of numerous leaders throughout the past. Lefcourt offers a sound introduction with a combination of cartoon drawings broken into several panels on each page against pale blue backdrops with an easy-to-read, flowing text to relate the world’s historical highlights in short-story–style segments. General facts, important dates, people, events, maps, a timeline and puzzles are woven into the long Jewish history with yellow highlighted passages to point out specific episodes, consequences, incidents and even outcomes related to the Jewish people. From the Ten Commandments to the Fall of the Roman Empire, the Middle Ages, Europe’s Renaissance, the beginnings of Zionism, the Holocaust, American Judaism and modern Israel to the unknown future, this volume leaves readers with an understanding that the past is an important reminder for Jews, who will always move forward with hope and determination. (Nonfiction. 10-13)