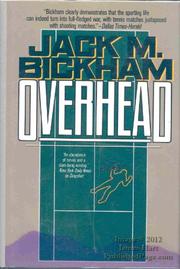 Tennis pro, Vietnam vet, and intelligence operative Brad Smith, who first served in Dropshot (1990), quits an irritating job in Texas to head for Montana, where his unusual skills are needed to open a new tennis resort and locate a murderous nearby secret agent. Well, whom else would you call to clean out the spies plaguing a mysterious Air Force lab just a backhand away from a troubled tennis camp? The debt-ridden sports resort, just bought by Smith's old tennis and spying pal Ted Treacher, provides the perfect cover for Smith—the only tennis-playing spy in America capable of recognizing his old archenemy Sylvester, the Soviet spy responsible for the death of Smith's late Yugoslavian tennis- playing wife. Sylvester, operating with a completely new face fresh from the plastic surgeon, is in Big Sky country to snatch a bit of strategic-defense technology from the research lab whose powerful secret electromagnetic pulses have been giving the local children leukemia. Also neighboring the resort is a secret toxic- waste dump owned by a beautiful but ruthless capitalist hussy who wants to close down the country club so she can get her toxic wastes back. Smith has to sort out all these secrets while cleaning up the financial and managerial mess his chum has made of what should be a fabulous destination for rich tennis players. Sylvester shoots at him, a sadistic deputy shoots at him, and Ivan Lendl shoots at him. Bodies pop out of the golf course. Credibility crushed in straight sets 6-2, 6-0, 6-1.