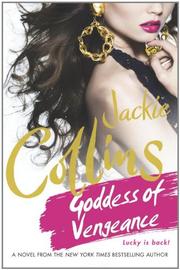 All plotlines lead to Vegas in this latest installment of Collins' saga of the irrepressible and seemingly immortal Lucky Santangelo.

Lucky is convening her family at The Keys, her lavish hotel/casino/condo empire in Las Vegas. The occasion is the 18th birthday of Max, her daughter with latest husband (and soul mate) Lennie. Son Bobby, wildly successful as a nightclub impresario and heir to the fortune of his late father, a Greek shipping magnate, frets about introducing his girlfriend Denver, a prosecuting attorney, to his family for the first time. The family reunion, however glitzy, is only a setup for Collins’ trademark seamy subplots. The author excels at portraying villains her fans love to hate, and in this outing she does not disappoint. Billionaire Armand Jordan, son of King Emir of the fictitious Gulf state Akramshar, is not merely a misogynist but a rapist. Although he has a wife and family back in Akramshar, he prefers to hire elite call girls and debase them in the vilest ways possible. Armand’s most recent obsession is his drive to possess Las Vegas’ most opulent real estate: The Keys. Undeterred by Lucky’s outraged refusal to sell, Armand goes to Vegas determined to change her mind, but his ex-showgirl mother Peggy, whom he detests, insists on tagging along. Before joining King Emir’s harem, Peggy had an unforgettable one-night stand with Gino, Lucky’s father, in his mafia kingpin days. Could Gino, now in his 90s, actually be Armand’s father? Max eagerly sheds her virginity with movie star Billy Melina. Max and Billy may be star-crossed lovers, but will Lucky approve? Especially since Billy is embroiled in a messy divorce battle with Lucky’s best friend? All of the thrills swirl around Lucky, now more matriarchal figurehead (albeit one still endowed with raven hair, silken skin and an unflagging libido) than major player. Still, when Lucky’s precious Keys is threatened, her street-fighter instincts resurface, sparking the novel’s over-the-top but enjoyable climax.

Unapologetic thrills with oodles of flash.