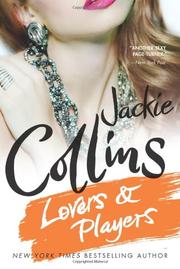 Red Diamond is some piece of work, as his grown sons, Max, Chris and Jett, can attest. Red has had little to do with his sons until now, and the brothers wonder what exactly the bullying codger is after when he orders them to his luxe Manhattan brownstone for a sudden family meeting. Is he mellowing in his old age? Hardly. Far from being proud of his boys, Red, when not popping Viagra and cavorting with call girls, is continually finding ways to undermine them. Struggling with their own baggage, it’s remarkable that the three have managed to make their way in the world at all: Max is a real-estate developer with an adorable little daughter, and a gold-digging Russian ex wife; Chris is a playboy LA entertainment lawyer who owes too much money to a Vegas gangster; and the youngest, Jett, is a male model (and recovering addict) living in Milan with a supermodel. It is Jett who, soon after arriving in New York, complicates the brothers’ relationship by falling hard for Max’s virginal fiancé Amy during her bachelorette party. Max has an even bigger problem to contend with when his shady ex ends up murdered, making him one of several suspects. Meanwhile, Red’s long-suffering black housekeeper Diahann is keeping a secret of her own from her stunning, light-skinned 19-year-old daughter Liberty. An aspiring R&B singer, Liberty catches the eye of the powerful rap mogul Damon, who appreciates the girl’s talent and beauty, but is already married. Add to the mix the Russian mob, lots of sex and the promise of true love, and you have a decadent concoction sure to appeal to the author’s longtime fans. Just don’t expect many plausible events in this fast-lane take on the lives of the rich and fabulous.

Wicked fun, but lacking a heroine complex enough to root for.

THE SANTANGELOS
by Jackie Collins
Fiction

CONFESSIONS OF A WILD CHILD
by Jackie Collins
Fiction