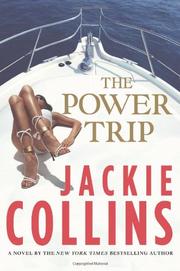 A birthday cruise on the Sea of Cortez with some of the most beautiful people in the world is threatened first by personal intrigues and then by pirates. Life in the fast lane has hit the open seas.

Collins (Goddess of Vengeance, 2011, etc.) returns with an impossibly glamorous cast vacationing on the Bianca, a yacht named for billionaire Russian businessman Aleksandr Kasianenko’s mistress. Accompanying Aleksandr and supermodel Bianca are five other couples, all thinly disguised variations on real celebrities. Taye Sherwin, a U.K. soccer phenom, arrives with his interior designer wife, Ashley, who has forgiven but not forgotten Taye’s infidelity. Cliff Baxter, commitment-phobic movie star, brings his girlfriend, Lori. Sinister Senator Hammond Patterson escorts his unhappy wife, Sierra, who hides his clandestine affairs behind her perfect politician’s-wife facade. Luca Perez, Latin pop star, escorts his insufferably self-centered British boyfriend, Jeromy. And Flynn, jaded journalist, invites his enigmatic friend, Xuan, who once smuggled herself out of communist China and now chronicles injustices. But everyone has secrets, and one of Aleksandr’s secrets has snagged in the mind of Russian mobster Sergei Zukov. Fairly obsessed with their own sexual hijinks and power bids, the couples are taken quite by surprise when pirates, aided by a mole onboard, invade the yacht. Yet, even the pirates have troubles, including a wayward girlfriend, conflicting plans and a tropical storm. Intrigue, scandal, rape and tragic (or not-so-tragic) deaths ensue. After the dust settles, a series of epilogues too neatly ties off the loose ends. The queen of chronicling the lives of the jet set, Collins toggles rapidly between plotlines, keeping the action moving and the sex abundant.