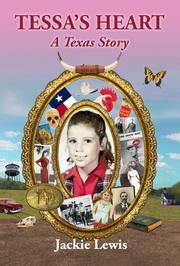 A Texas Story
by Jackie Lewis
GET WEEKLY BOOK RECOMMENDATIONS:

A disturbed Texas girl struggles with a difficult family and uncontrollable impulses in Lewis’ debut novel.

In 1952, when she was 9, says Tessa, “Something opened in me.” That something was the ability to speak; before, she’d communicated only through a repertoire of dances. Even now, Tessa must move restlessly “to help me find the words.” She lives in Yoakum, Texas, with her mother, Virginia, who dreams of becoming a country-and-western star, and Grandma Bernice, who’s devoutly religious, but prurient and critical. Despite such outbursts, the family keeps many secrets, such as the fact that Tessa’s great-grandfather, who’s white, had an African-American mistress. The girl also seldom sees her father; as the only child she knows with divorced parents, she feels “like there was a crack right down my middle….it had its own voice, which screamed for everyone to look at the strange girl.” Tessa only grows stranger as her mother pursues romance, a baby sister is born, and other changes arise; she struggles with jealousy and her need for attention, and often blurts out spiteful pronouncements. She also sees and talks to the dead, has visions, and hears inanimate objects speak. After many travails, however, Tessa finally finds a new kind of independence. In her debut novel, Lewis uses delicate, precise language to describe over-the-top events, which helps add to the atmosphere of oddness that surrounds the story. This language is complicated by ambiguity, so that it’s often impossible to tell whether Tessa is having real mystical experiences or going insane, or whether the world has gone crazy and the girl is responding to it with imaginative creativity. It’s an intriguing puzzle, but about halfway through the book, Tessa’s strange outbursts and episodes start to feel repetitive and lose their sense of drama. Nevertheless, the book is haunting in its presentation of the protagonist’s primal, raw emotions, such as her longing for a loving father, her deep need to be seen and heard, and her complicated feelings surrounding sexuality.

A compelling, unpredictable, and poignant story that leaves some questions unanswered.