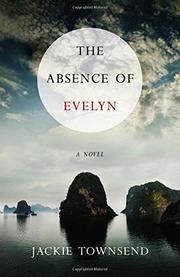 THE ABSENCE OF EVELYN

A mother and daughter make separate journeys and come to new understandings about themselves and their relationships in Townsend’s (Imperfect Pairings, 2013, etc.) novel.

Though her life is outwardly full and prosperous, Rhonda Knight feels lost as she turns 47. She runs the Knight Foundation, a charity, but her children have left home; her estranged sister, Evelyn, died abroad two years ago; and her divorce is now final. She was never a believer in passionate, romantic love; she thinks it just gets most people, like her adopted daughter Olivia’s biological parents, into trouble. Nineteen-year-old Olivia, meanwhile, has always felt out of step in her family. Her passion is theater, but seeing no future in it, she’s studying pre-law. She’s not athletic like her older brothers or Rhonda, who’s an Olympic volleyball gold medalist. Now, two years after Evelyn’s death, mother and daughter take separate trips. Olivia is asked to Hanoi, Vietnam, by Marco Rossellini, Evelyn’s former lover, who has some of her old things. Meanwhile, Rhonda, not knowing of her daughter’s journey, flies to Italy hoping to confront Marco at his home; she resents him, in part, for the influence he had on Evelyn. Instead, Rhonda meets Marco’s daughter, Carlotta, who’s training as an Olympic fencer. Both trips spark memories, reflections, and new determination in both mother and daughter while revealing life-changing family secrets. Townsend has a lyrical, emotional style that’s especially evident in the Vietnam section but also in smaller moments, as when Rhonda squints at her Olympic medal, “waiting for the heat of it to embroil her as it always did when she stole this secret moment for herself.” A sense of realism helps anchor the story, in details of Olympic training or the Knight family’s financial arrangements. The prose can become clichéd at times (“her parents’ divorce had left a big, gaping hole in the fabric of her being”), but overall, this complicated family, full of ambitious women, makes a fresh impression.

A careful examination of family ties with an international flavor.