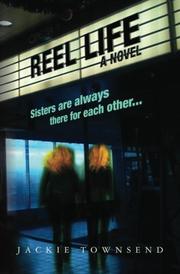 Two sisters travel a rocky path to self-fulfillment—watching some movies along the way—in this reflective debut novel.

Betty and Jamie, red-haired siblings just a year apart in age, don’t exactly share a sisterly bond. In an early scene, 9-year-old Betty wishes her younger sister “would pirouette right through the pane glass window.” Seconds later, Jamie injures herself in a fall, and Betty lets her writhe in pain for several minutes before calling for help. It’s an event that sets the tone for the sisters’ future relationship—there’s love between them, but it’s tempered by misunderstandings, jealousy and failures to connect. A difficult home life doesn’t make things easier: Their father is a frustrated actor turned therapist, their mother an ambitious career woman who leaves her husband for another man as her daughters enter adolescence. These formative experiences leave a deep impression, which is apparent as the sisters grow older and make decisions about motherhood, careers and romance. A complex relationship with their moody, troubled mom haunts them, and neither sibling can forgive her failings. Betty copes by overcompensating, embracing her maternal instinct (she has three children) and designing a line of baby clothes. Jamie’s relationship to motherhood is more complicated. Cancer treatments appear to have left her infertile, and her husband is adamant he doesn’t want children. The novel is episodic and shifts between the recent and more distant past. A different film provides the structure for each chapter to indicate both the era and the circumstances of the sisters’ lives—Little Darlings during their teen years in the early 1980s, Breaking the Waves in the mid-’90s when Betty sacrifices her dreams to support her husband’s career. Some of these references work better than others; readers may be more familiar with The Wizard of Oz or Hitchcock’s Vertigo than the less-memorable 1998 film Primary Colors, and the summary of movie plots occasionally distracts from the larger story. From Betty’s infidelity to a shocking revelation from Jamie’s husband, the sisters have plenty of their own drama without heading to the movies. But they grow wiser as they age, a trajectory that expands the novel’s emotional scope.

A realistic, moving chronicle of the evolving relationship between sisters.