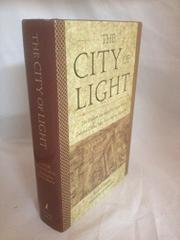 THE CITY OF LIGHT

In 1270, one year before the start of Marco Polo's fabled adventure, a Jewish merchant from the Adriatic port of Ancona set sail for the Orient; over 700 years later, his recently discovered account affords a rare and fascinating glimpse into the peoples, commerce, and thought of the 13th century. Selbourne, a former Oxford professor with an interest in Judaica, presents a fully annotated, very readable translation from the medieval Italian. It reveals Jacob d'Ancona as a savvy businessman, a scholar, a knowledgeable healer—and someone who never shies from disputation. Jacob sails to the eastern Mediterranean; journeys overland to Basra, where he attends the wedding of his son to a wealthy merchant's daughter; crosses the Arabian Sea, alighting on India's Malabar Coast; and then via Sumatra sails north to the Chinese port of Zaitun, the ``City of Light.'' Readers may be surprised to learn that Europeans of all stripes, as well as Saracens, or Muslims, had already been engaged in thriving trade with the Chinese for perhaps hundreds of years, Jewish merchants being among the most prominent. Zaitun itself was a Sodom of sorts: Its ``light'' is a consequence of the all-night commerce in human pleasures, which the pious Jacob abhors. But it is also a center of learning and a great agglomeration of peoples from the known medieval world. During his five-month sojourn, Jacob becomes involved in the intellectual and practical debates swirling around the city, which faced imminent invasion by Kublai Khan, to whom Polo would shortly become an advisor. Jacob's somewhat prolix disquisitions on piety and religion, the relationships among Jews, Christians, and Muslims, and the wisdom of confronting the Mongols earn him both admiration and enmity, and he must finally flee the city, though not without considerable financial success. An exciting, stimulating, and unique human document, and one that will no doubt become a much-trumpeted addition to the historical record. (50 b&w photos)