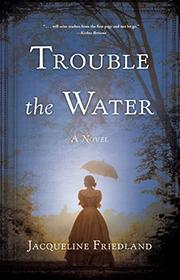 In Friedland’s debut historical novel, a British family sends their daughter to South Carolina, where she becomes embroiled in the mid-19th-century politics of the Deep South.

Abby Milton arrives in Charleston in 1845, already haggard due to the South Carolina heat. Hailing from Wigan, England, she’s been sent away to ease the financial burden on her middle-class family. An old family friend, the highly esteemed and enigmatic estate owner Douglas Elling, receives her. The novel opens three years before this, with a tragic fire at Douglas’ home that kills his wife and daughter; he watches helplessly as his staff prevents him from rushing into the flames. By the time Abby arrives, Douglas is embittered and reclusive. Her early impression is that he’s also a bigot; he yells at her for making physical contact with a black stable hand. Then readers learn that he was once involved in liberating captives from slave ships and continues to shelter black refugees. As Abby and Douglas’ relationship develops, she learns more about his position in the town. She reluctantly attends the Cunningham ball, where she meets the striking, if manipulative, Cora Rae Cunningham, who has designs on Douglas. As politics and desire heat up, Abby and Douglas tread a precarious path, but will it bring them together or tear them apart? This is a promising debut from Friedland, who writes with an enviable emotional intuitiveness. Her prose bores to the center of her characters’ psychologies to reveal their drives and desires: “He knew the minute he laid hands on her, he couldn’t say why, that his new mission was to rescue her, not only from the immediate incident, but from whatever it was that had pushed her from her British home, ragged and defeated, to him....Maybe at last he could save just one person who was actually relevant to the story of his own life.” This results in engaging characters that readers will care about. Overall, this is a well-researched novel that vividly and believably reanimates the aristocratic world of South Carolina’s historical planter class.

A vibrant, solidly entertaining story that will seize readers from the first page and not let go.