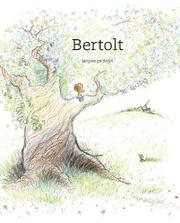 A character who resembles the Kilroy image of World War II—with the addition of a mobile body—reveals himself as an imaginative introvert.

His simple, cartoonish, acorn-capped head sways flawlessly from side to side, as the single-mittened character/narrator expresses his irritation: “Darn, darn, and more darn. Where’s my mitten? I don’t see it anywhere.” His decision to choose a strongly mismatched mitten from “the Lost & Found” (lockers in the background imply it’s at school) leads to musings—not over someone else’s missing mitten but over being mistreated if you are different. This segues into the character’s assertion that he is a loner who likes his life that way. Lively illustrations of solitary fishing, baking, one-sided chess games, and nighttime skateboarding—in a graveyard!—back up his claims. Finally, readers meet the ancient, titular oak tree, among whose branches the narrator has spent many enjoyable hours. Tangents emerge as readily as Bertolt’s branches—among them, furtive lives of townsfolk (all of whom appear to be white, including the narrator) and observations of wildlife and weather. When Bertolt does not produce leaves one spring, it takes a while for the truth to sink in. In a burst of ingenuity that leads readers all the way back to the story’s opening, the narrator memorializes his arboreal friend. Fine, black inked lines, occasional washes, and the remarkable use of textural colored pencils never miss a beat in extending the text.