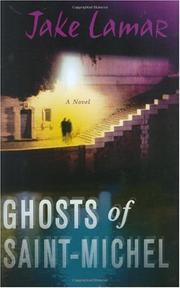 Hugger-muggery and some heavy breathing among the African American ex-pats in Paris's lively 18th Arrondissement.

It’s 16 days before 9/11, a fateful time as al-Qaeda's finger curls around the trigger. Of that, of course, Marva Dobbs is blissfully unaware, “blissfully” being the operative word—for the lady's in love. One of the most celebrated black women in France, she's famous for being beautiful, discreet and a culinary genius. She owns and operates Marva's Soul Food Kitchen (“ ‘It's just home cookin’, baby’ ”), long an obligatory stop on the tourist trail. But all of that is by the board, since at the age of 62, Marva has gone gaga over a 28-year-old Algerian cutie, the sous chef in her restaurant, about whom she thinks “incessantly, obsessively,” and with whom she has rip-roaring, “mind-shattering” sex. Unfortunately, it just might be that Hassan Mekachera is a terrorist. At any rate, he's disappeared, and in the aftermath of a vicious car-bombing, the police are searching for him. Worried sick, Marva goes searching for him, too, and wrecks her car. Enter daughter Naima, summoned by her distraught father from New York, where she's been working as an assistant director on a movie set. As it turns out, Marva has escaped serious injury, escaping as well from the hospital to go into hiding with the enigmatic though irresistible Hassan. So now Naima goes searching for Maman, as do the Parisian police and assorted clandestine types from both sides of the war on terror, bent on the usual conspiracies and gratuitous betrayals. In a climactic confrontation on the Place Saint-Michel, guns blaze, bodies fall and most of the hodge-podge gets sorted out.

Lamar (Rendezvous Eighteenth, 2003, etc.) writes of Paris with charm and authority, but his storytelling tends to waver.