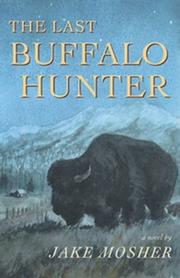 Predictable but often moving first novel about a boy's coming-of-age summer in Montana.

Kyle Richards has been in love with the Big Sky country for most of his 14 years. His father was born and grew up in Montana; Cole Richards, his grandfather, still lives there. From books, atlases, films, and every other source he can lay hands on, Kyle has fashioned a larger-than-life idea of the state that makes his own native New York seem drab and overdomesticated. Kyle yearns to go West, so as a birthday present his parents give him a bus ticket and permission to spend the summer with Grandfather Cole. It doesn't take long for reality to put a damper on romanticism. Kyle arrives late at night to find no one waiting to meet him in the bleak and deserted bus terminal. Tired and a bit scared, the boy is temporarily stranded. Grandfather Cole was supposed to be there, but he had other things on his mind—namely, booze and women. Kyle quickly learns this is standard operating procedure for his grandfather, who soon hauls him off to the Six Point Saloon to meet an array of unsettling types. Among them are Darla and Dell Fishtrapper, lively, hefty, morally untrammeled Sioux maidens, both entranced with Grandfather Cole. In the succeeding weeks, Kyle is shaken and sobered by a series of hard knocks: a near-drowning, a beating at the hands of a mean-spirited bully, and a violently hormonal response to a local beauty. Most of all, however, he experiences Cole Richards, last of the real Montana men, from whom he learns a variety of lessons. Some are beneficial, some are not; none are easy.

Mosher covers too much familiar territory to make this a really memorable debut, but it contains enough good things to whet the appetite for his next.