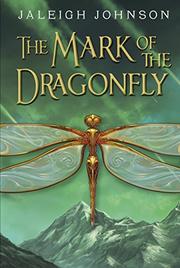 THE MARK OF THE DRAGONFLY

Heart, brains and courage find a home in a steampunk fantasy worthy of a nod from Baum.

Thirteen-year-old Piper is a forthright machinist in dismal Scrap Town Number Sixteen (as charming as it sounds). Her skill at machine repair is unsurpassed, but the recent loss of her father has left her orphaned, with a need to trade destitution for something greener. While scavenging debris left by a violent meteor storm, Piper finds an unconscious girl, Anna, who wakes with severe amnesia and a propensity for analytical chatter and who bears the dragonfly tattoo given to those in the king’s inner circle. When a menacing man comes looking for Anna, the girls board the 401 (an antique locomotive run by a motley crew), radically accelerating Piper’s plans for a new life. Though Piper is initially driven by the prospect of a reward for returning Anna to what she assumes is a wealthy home, the staggeringly different girls eventually form a bond far stronger than just strategic alliance. Though there are initial echoes of Hunger Games–ian dystopian despair, these are quickly absolved as the book becomes something all its own. Consistent and precise attention to detail, from the functioning of a security system to the communicative abilities of a telepathic species, thrills. This is foremost a rugged adventure story, but there is a splash of romance (and a fabulous makeover scene).