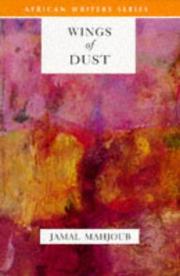 The fictional memoirs of an expatriate North African suffer from a sense of incompleteness. A middle-aged man named Sharif, writing from French exile, tells how he and several other young countrymen came to postWorld War II England to get a European education that could be applied in their unnamed, recently independent country (which sounds an awful lot like the Sudan). While his classmates study, Sharif marries a local widow and runs off to Paris in pursuit of an American jazz singer. He becomes her manager, travels the world, and forgets about his homeland until circumstances find him saving the reputation of a powerful countryman caught in a compromising situation with a prostitute. After this man rises in the latest coup at home, Sharif becomes governor of the desert region where he grew up. There he wheels and deals with his old classmates and causes the desert oasis to bloom with crops and buildings, miracles that are eventually wiped out by dust storms and narrow-minded military rulers. Mahjoub (Navigation of a Rainmaker, not reviewed), son of an English mother and Sudanese father, captures the innocent idealism of the nomadic young men who came to Europe for enlightenment, as well as the cynicism and bitterness of present- day Sudan, but his characters lack purpose. We never know why Sharif does anything, how he feels about the historically incredible situations he stumbles into, and how he was (or wasn't) transformed by his experiences. The same goes for his fellow students, who all wind up in powerful positions in the government or the opposition intelligentsia. Has nothing been learned from the destruction of Sharif's homeland and his youthful curiosity? An interesting point of view and a smart, observant voice are regrettably underutilized here.