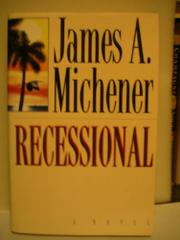 by James A. Michener

In his 41st book, Michener (Creatures of the Kingdom, 1993, etc.) offers a feel-good vision of life in a complex for the elderly, oddly skewed by its young protagonist. Obstetrician Andy Zorn has been chased out of the medical profession by unfair malpractice suits and eagerly accepts a job as director of the Palms, a Florida facility consisting of residential apartments, an infirmary, and a hospice (the center's owner cautions Zorn to avoid the word because "it's ugly, frightening and reeks of death"). On the drive down to Florida from Chicago, Zorn plays good Samaritan and rescues a woman who loses her legs in a car accident, but after getting her to the hospital he scurries away for fear of being the subject of yet another malpractice suit. With his usual verbosity, Michener has Zorn handle with aplomb challenges that range from Alzheimer's to a constantly malfunctioning frozen yogurt machine in the Palms's dining room. Some of these episodes are entertaining (if in a very cozy way), but the focus is on Zorn's work in managing the facility rather than the lives of those who live there, and there is nothing surprising to win new Michener converts here. Although the Palms is described as possessing an idyllic, race-blind atmosphere, Michener occasionally exhibits racial insensitivity, as when he says of an African-American nurse, "If one looked only at her ample face, one might have expected her to speak in a typical black dialect." Often it seems as though characters are being depicted as somewhat thickheaded just to give Michener the opportunity to expound on a subject he has researched heavily; Zorn's ignorance of AIDS is frankly unimaginable. As expected, there is a fair amount of death in this book, but never without an epiphany and a heavy dose of sentimentality. When the beautiful young woman Zorn rescued on the way to Florida tracks Zorn down and insists that she can only recover under his care and he allows her to move into the Palms, an inspirational, happy ending becomes inevitable. Wooden and schematic.