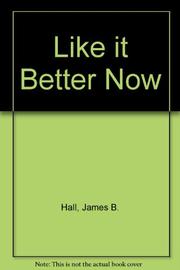 by James B. Hall

Fifteen stories from Hall (Music from a Broken Piano, 1983, etc.)—gritty, hard-luck pieces about disappointment told in a variety of voices. The title story is told by a woman who left her low-rent husband and Oregon to settle in L.A., where she works at an auto- parts store (``I usually worked anything that was white and tattooed'') with black co-worker Asa. The story manages to include biographical sketches with a plot concerning the disappearance of parts from the store and, eventually, the destruction of the place in a suspicious fire. The narrator not only survives, however, but finds a better job and moves up in the world. ``But Who Gets the Children?'' has an ending that is less upbeat. Here, an alcoholic salesman with a wife who is obsessed with remodeling their split- level erupts one evening, in his wife's absence, and trashes the carefully remodeled house. Likewise—in another look at the dark side of the American dream—``The Rock Pool'' is about a reckless girl who steals her brother's car, rents a cottage at a rural motel, and proceeds to shack up with a backpacker before disappearing and just as suddenly showing up dead, floating in the motel's rock pool. The story's vitality emerges as the motel's proprietor and his wife try to reconstruct the girl's history from what little they know and from what the proprietor imagines. ``The Lettuce Wars,'' told by an illegal alien, is about a pilot who crashes while flying too low over the wrong field—it's a quirky vision, unlike ``Beirut,'' which is merely dramatized TV news, and ``A Rumor of Metal,'' which uses sf elements to obfuscate rather than clarify. Despite some implausibilities and flat spots: a jazzy aria redolent of life in contemporary America.