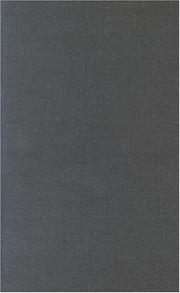 THE EVIDENCE OF THINGS NOT SEEN

The Atlanta child murders comprise the starting point for this virtuoso polemic against racism in America. Baldwin writes bluntly: "Others may see American progress in economic, racial and social affairs—I do not." It is this distinctive Baldwinian voice of outrage that powers his penetrating examination of why color still divides America. Baldwin thinks that Wayne Williams, the black man accused of the murders of 28 black children over a 22-month period, was railroaded. No matter that his conviction was presided over by a black judge in a Southern city governed by a black mayor. Williams was prosecuted under intense pressure to close a case that might tarnish Atlanta's reputation as a "city too busy to hate." A black administration's presence, says Baldwin, did not change the fact that the legal system served the commercial interests of a booming Southern city. To consider this only as an issue of class, contends Baldwin, is a denial by blacks and whites alike of America's legacy of slavery. He writes that ". . .this country, in toto, from Atlanta to Boston, to Texas to California, is not so much a vicious racial caldron—many, if not most countries are that—as a paranoid color wheel." By sketching the emergence of the black middle class and its complicity in maintaining the "white" rules, and the white flight from the city to the suburbs—leaving a mostly black, impoverished city. Baldwin describes how the wheel goes round. And its consequence remains: How do you become "white" enough to get up and out of the ghetto? Ironically, it was the rage of the parents of the murdered children that set Atlanta's color wheel spinning. Once they provoked national attention, according to Baldwin, the pressure to solve the crimes began. Until then, no one was ". . .compelled to hear the needs of a captive population."Baldwin delivers his judgment in cranky, idiosyncratic exposition that links the state of race relations with the prosecution of Williams. He details the official maneuvering that brought Williams to trial and the extraordinary legal decision to charge him with the murders of two black men, but permit the accusations and evidence of all the children's murders to be discussed at his trial. Baldwin has penetrated a sensational crime with his considerable novelist's skill for seeing things the rest of us don't. In the process, he's delivered a stinging indictment of racial stagnation.