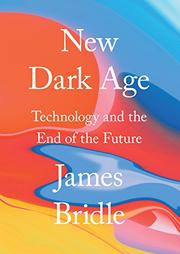 Technology, Knowledge and the End of the Future

“Our vision is increasingly universal,” writes Bridle, “but our agency is ever more reduced. We know more and more about the world, while being less and less able to do anything about it. The resulting sense of helplessness, rather than giving us pause to reconsider our assumptions, seems to be driving us deeper into paranoia and social disintegration.” Like an Orwell of the computer age, he has been shaped by the very forces that now fill him with dread, convinced that there is a connection between climate change and information overload and between the network that nobody understands and the increased disparity between the haves and the have-nots. Though his prose can be dense, Bridle’s analytical leaps are both illuminating and terrifying, suggesting that, on levels beyond surveillance and conspiracy, we have unleashed technology to establish systems of such complexity and control that it can be difficult for anyone to understand who’s in charge and what they want. The new paradigm requires new language, new perspective, and new understanding. Yet we are losing data and our connection with the past as the data overflow turns the prospects for a brighter future into the new dark age of the manifesto’s title. So should we abandon all hope? “Our understanding of those systems and their ramifications, and of the conscious choices we make in their design, in the here and now, remain entirely within our capabilities,” he concludes. “We are not powerless, not without agency and not limited by darkness. We only have to think, and think again, and keep thinking. The network—us and our machines and the things we think and discover together—demands it.”

Sci-fi meets the aesthetic vanguard in cyberspace, where a new metalanguage addresses problems and solutions alike.