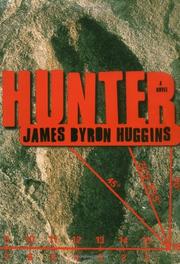 Volcanic, hypergalactic supersequel to Huggins’s Cain (1997), which was bought for film by Bruce Willis. Hunter, which has been bought by Sylvester Stallone, goes on thematically where Cain left off, though it has different characters. Previously, the superhuman supersoldier, part human, part titanium Armor (like Arnold the Terminator), had superspeed, could rip through steel walls, and had a “volcanic” hunger (Huggins tends to overuse certain words) for apocalyptic evil. That story has been left hanging, awaiting its sequel. Instead, Huggins carries on with an imitation figure, a humanoid monster injected with DNA from a 10,000-year-old metarace of killers. This monster, like Cain, is Frankensteined together by a secret government military research agency. Earlier, the beast was hunted down by a polymathic Marine colonel, himself almost superhuman; here, the beast is pursued by Hunter, a tracker with supersenses who’s accompanied by an oversized black wolf. After the nameless maximonster attacks and destroys every man on a military installation, and also bare-handedly breaks the neck of a 700-pound saber-toothed tiger, Hunter is enlisted to track the creature to its prehistoric family cave in White Mountains Park. A team of soldiers with him fires on the beast but barely hurts him. As it says, I am immortal! At last, though, Hunter and the beast fall into volcanic hand-to-hand combat, trading blows that would jelly or behead a normal man, a battle raging like hot lava for page after page of comic-strip panels. Villainous ultrababble.