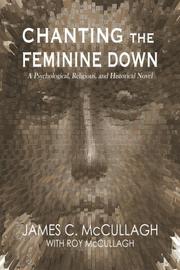 CHANTING THE FEMININE DOWN

Bronx graduate student Colette McGovern decides to write her senior theology thesis on the Council of Trent, a historically important but bewilderingly complex council that the Catholic Church staged in the mid-16th century, responding to Protestant calls for reform. She seems ambivalent about her spirituality; she wishes she could tell her mother—a devout Catholic who’s peculiarly enthusiastic about ecclesiastical Latin—that she no longer wishes to attend weekly mass, as Simone de Beauvoir once defiantly told hers. Then Colette has an emotionally arresting dream in which Pope Paul II sinks mysteriously into the earth, wearing “soft robes” that feel “gentle and feminine” to her; it’s an experience so haunting that she seeks interpretive assistance from the campus counselor. Colette tries to find a way to understand the Council of Trent, and Catholicism at large, as being hospitable to feminine life, but she consistently encounters sexism: “The Church seems to have spent the last two thousand years shoring up a male hierarchy. So much time was spent arguing over the Immaculate Conception and all the rest that seems like myth and nonsense to eternally define the female.” Her dreams become more erotically charged, and her study of Trent more personal, as she begins to find spiritual inspiration in Giovanni Boccaccio’s 1374 biographical collection Famous Women. Throughout this novel, McCullagh displays impressive erudition, confidently traversing a broad swath of intellectual history with aplomb. He also palpably depicts Colette’s spiritual turmoil, sensitively portraying it in the context of the death of her father and in her emotional struggle with a past abortion. In addition, the author puts forward provocative questions about the place of women in Catholicism. However, the prose style can be overwrought and overly academic at times. As suggested by the subtitle—A Psychological, Religious, and Historical Novel—the work seems to be driven more by the need to conduct a philosophical inquiry than to craft a dramatic plot.

An intelligent but fictionally unspectacular drama.