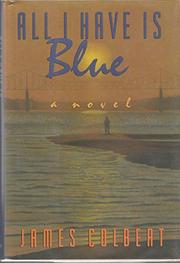 ALL I HAVE IS BLUE

Skinny, the New Orleans cop who always refers to himself in the third person (``Skinny's not sure''), is looking out over the Mississippi with Ruth, the lover/sidekick he took on in Skinny Man (1991), when a boat explodes before their eyes. Skinny rescues young Dwayne Charles from the sinking boat, but it's not much of a rescue: five minutes after he's returned Dwayne to his aunt Agnes, Agnes is shot dead and the boy's vanished. As Skinny dodges the cross-fire between unsavory government agency types competing hard to make a pinch (the DEA has had their man waiting inside a drug ring run by fearsome Ishanti for 11 years), the scared Dwayne, still on the run, gets hold of a piece and goes after the folks he thinks blew up his dad, putting Skinny on the spot for attempted murder. Skinny's mannered, offspeed delivery pulls you in to refreshingly original complications that don't quite pay off in the end.