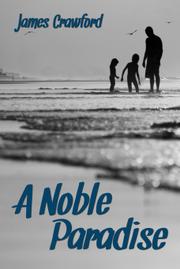 A false allegation and a critically injured child destroy a single dad’s picture-perfect family in this novel by Crawford (Mariner Valley, 2012, etc.).

Blue-collar millwright David Nobile (not “Noble,” despite the title) has custody of his two children, Breanna, 9, and Nick, 12. Money is tight, but they’re happy, despite occasional disruptions by Nobile’s self-absorbed, scheming ex, Kim Lecture. The Nobile paradise grows more heavenly after he befriends and starts to fall in love with an up-and-coming musician named Riley Kragen. But after all this happiness is established, conflict kicks in: Lecture, who’s jealous and disapproving of Nobile’s romance with Kragen, plants a false story that he sexually abused his daughter. This sets off family turmoil that culminates in the hospitalization of the children, possibly never to recover. The book succeeds through Crawford’s talent at characterization, dialogue and scene-setting. Nobile is a likable, relatable protagonist, but like his extremely well-behaved children, he seems a bit too perfect: a Joe Sixpack who likes opera, teaches his daughter calligraphy, and has a bookshelf featuring works on “astronomy, history, oceanography, art history, aviation, archeology, architecture and musical history and theory.” Even the questionably named Lecture, for all her pettiness and general awfulness, occasionally draws sympathy, or at least empathy. Finally, and vitally for a book like this, Crawford consistently and plausibly depicts mundane moments, such as a paper-mill workday (“Sweat ran down from under the headband of his hard hat and he blinked tightly every so often to keep it clear of his eyes”) or the logistics and judgments of divorced parenting, without ever losing the reader. The story, which seems to have been inspired by real-life experiences, is never tedious or self-indulgent and may ring true for many readers.

A genuine family drama that might inspire and encourage other single parents.