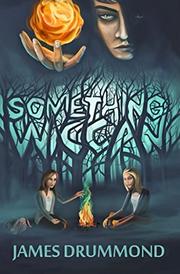 From the Shadow Tales series, volume 2

Teen Toby Hoffman returns in Drummond’s (The One You Feed, 2013) supernatural thriller as a hunter apprentice whose first assignment pits him against a formidable warlock stealing powers.

Sixteen-year-old Toby was lucky to have survived his ordeal with werewolves in his hometown of Silver Falls, Oregon. But he’s caught the attention of the European Huntsman’s Network, which is looking for fresh recruits. Hunter Jack Steele convinces Toby to become a member, the teen’s sheriff father reluctantly approving the boy’s yearlong training overseas. Meanwhile, over in Ashland, Oregon, teen Natalie Sherwood stumbles upon a book in the attic—Sherwood Book of Incantations. She tries some spells with pal Brittany Richards, and wouldn’t you know it? The incantations work. Brittany and Natalie both hone their skills for a few months until Natalie’s auroras in the sky prove too public a display. The Network notices and, with Jack on assignment, sends still-in-training Toby on a relatively simple mission to warn the witch against future demonstrations. But it’s too late: warlock Eirik Devlin, who’s been tracking down witches and Wiccans to drain them of their abilities and life forces, has already spotted Natalie’s light show. Toby reunites with possible love interest Rachel Chochopi, in Ashland checking out a university and now with a power she wasn’t previously aware of. Unfortunately, Natalie’s newest hex may have awakened something as lethal as Eirik, if not more so. With nary a lycanthrope in sight, Drummond diversifies his series’ world to include all sorts of strange denizens. In addition to witches, there’s a hint of a Wendigo, a vampire that Jack’s been pursuing for nearly two decades, and something else revealed later in the book. Toby remains the hero who, like last time, is driven by his noble urge to save people, blaming himself for his mom’s car-accident death. But Natalie is a resounding character with a reasonable curiosity (is she a descendant of witches?) that makes her amateurish attempts at spell casting more discovery than recklessness. Seemingly endless confrontations occur, though the highlight is also the most comical: Toby has to battle mesmerized medieval role-playing college students—for real.

This tale of otherworldly creatures maintains an impressive energy throughout, with an ending that makes reading Book 3 a virtual necessity.