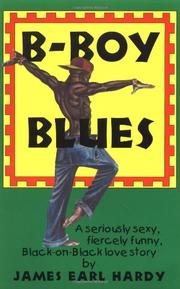 A professional man's involvement with rough trade (a socially inferior, potentially dangerous sex partner) underscores the precarious position of gay black men in a hostile world in this, a lusty, freewheeling first novel from a young African-American journalist. Mitchell Crawford meets Raheim Rivers in a gay bar in Greenwich Village in the summer of 1993. Mitchell is a 27-year-old journalist; Raheim is a 21-year-old bicycle messenger and B-boy (banjee boy). The B-boy hangs out on street corners, cool and menacing. ``I find them irresistible,'' confesses Mitchell. Raheim is the third B-boy in his life, and the charm. Their smoking-hot sex (described with the verve of a master pornographer) develops into strong mutual need as Mitchell discovers that underneath his tough exterior, Raheim is smart, talented (he can draw to professional standards), and a loving parent to his five-year-old son. The snag is Raheim's violent streak. When Mitchell nudges him to accept his homosexuality, Raheim almost knocks him out before fleeing. Violence is an inescapable part of their world. Raheim's best friend is gunned down in the street, Mitchell's best friend becomes a victim of gay-bashing. While Mitchell is angered by the homophobia among blacks that encourages such attacks, he reserves his harshest words for white people, gay as well as straight, who continue to exploit black Americans and deny them a level playing field (he quits his magazine when a less qualified white co-worker gets a coveted promotion). Meanwhile Hardy, hell-bent on a happy ending, has Raheim and Mitchell make up and declare their love. We miss the cold artist's eye that had earlier seen the impossibility of such a union. Elsewhere Hardy's eye does not fail him. Though his characters need work (Raheim is the generic B-boy, Mitchell simply the sum of his opinions), his anger is impressive; Hardy has the makings of a formidable talent.