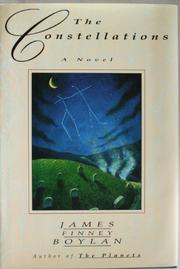 The promised sequel to The Planets, Boylan's 1991 saga of the sociopathic human menagerie of Centralia, Pa.—the town that sits atop a mine fire that's smoldered out of control since 1962—is just as mad, though by no means as magical. ``I wish you wanted me,'' unlovely teen Phoebe Harrison tells her long-deserted mother in a typed note she forgetfully leaves behind en route to the tattoo parlor one summer day. In no time at all, both Phoebe's uncle, Patrick Flinch, and Isabelle Smuggs, an inventive sculptor staying at the Flinches' find the note—and each, naturally, assumes it's from the other. Complications ensue, distracting the characters so effectively they don't even notice when Phoebe's older sister Demmie and her gum-chewing boyfriend Billings break in and rob the house. Next thing you know, it's three months later, and Phoebe's back in the home of her father, Wedley, and her hated stepmother, Vicki, a beautician who's still carrying on the world's least clandestine affair with Wedley's next-door neighbor Dwayne—an affair that will have a sudden, decisive impact on Phoebe's coiffure. Then it's winter, the season when Phoebe is reunited with her mother, and Isabelle, whose sculptural work up until now has mostly been a meticulously correct set of innards, opens the exhibit she hopes will make her fortune- -grotesquely decapitated heads of famous folks from Amelia Earhart to Barton Sumac, the avant-garde painter who asked her to pose over a period of weeks before producing an enormous painting of her breasts—only to have the treacherous painter himself steal the exhibit, setting the stage for a monumentally loopy mass kidnapping, extortion, etc. The seasonal metaphor and the unfolding of his characters' peccadilloes give Boylan's story the centrifugal force of a runaway comet; but gorgeously shaggy episodes too often peter off into blackout sketches before the long-awaited finale kicks in.