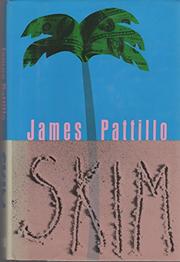 Sedentary lawyer Dave Pike's life perks up fast when his old friend fuddy-duddy Hollywood producer Maurice Baranowitz asks him to find out what's happened to $50,000 that's vanished from the budget of stylish, sexy director Mickey McDonald's new movie. Mickey's skimming, all right, as Pike eventually finds out with the help of alcoholic accountant Nico Nicolasiou; she's been dipping into the production budget to pay Dominic Nakamura for cocaine. By the time Pike gets the goods on her, though, he's run into Dominic's right-hand fist, Richie Morrissey, sent to Mickey's to remind her about a late payment—and even after calling off Richie, Dominic keeps trying to kill Pike (pistol, car bomb, Uzi), whose repeated escapes are so miraculous that you've got to laugh. Despite Pike's improbable heroics, first-novelist Pattillo keeps up the tension by taking out some of his potential allies—first Mickey, who responds to to Richie's bondage/rape by seducing him, then Maurice, who decides to move Dave's car—and by making the others (Nico, LAPD oficer Jan Bokkie) so unreliable that Pike needs all his fantastic luck to survive. Every kicky revelation of new petty venality (like Mickey's calculations about how many guys she'll have to kill to stay out of jail) is familiar, but handled with an edge of nervous comedy that packs as many punches as it telegraphs. A high-energy debut likely to score with Elmore Leonard fans.