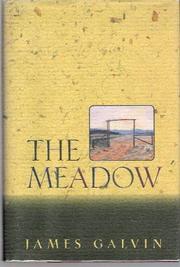 A passionate hundred-year history of a small mountain ranch on the Colorado-Wyoming border. Galvin (Writing/Univ. of Iowa) was raised and still lives for part of each year in Tie Siding, Wyoming. Here, he tells of the lives of his neighbors and of the successive owners of a ranch consisting in the main of a 360-acre hay meadow. Galvin's annals are comprised of one hundred very brief vignettes, remarkable for their sympathetic portrayals of these men and women and their Antaeus-like symbiosis with the beautiful but unforgiving land. Cutting back and forth in time, the author tells of Appleton (``App'') Worster, who homesteaded the meadow in 1895, raising three boys but losing two wives and finally the farm itself in 1938. App was buried on a ridge where his sons had to use drills and dynamite to dig his grave. Galvin also writes of App's son Ray, who, while logging at age 12 with his brothers and father, saw a man fishing and was struck dumb by astonishment—it was the first time Ray had ever seen someone he didn't know. And then there's the meadow's present owner, Lyle, slowly drowning in emphysema and condemned to sitting by himself and gazing at the log buildings he made by hand and at the meadow where he cut timothy grass for 40 years. Galvin's montage engages through its multiple views, but just as often it perplexes: The funeral of a man is described, but then the man reappears and dies only later in the book; and the relationships between some of the principal characters prove a formidable puzzle, at least at first. Still, Galvin's progressive deepening and widening of his story, and his comely prose, more than compensate. Close-ups of seldom-seen bedrock people of the American West, adroitly drawn and deeply felt.