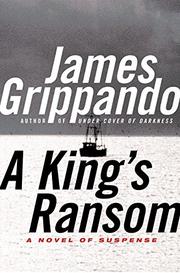 Matthew Rey, a Colombian native who became a US citizen and built a thriving commercial fishing business, is kidnapped by heavily armed Colombian thugs. His son Nick, a lawyer working in the Miami branch of a deeply connected national firm, calls in every favor he can to make the US help rescue his father—and hits a brick wall. A Catch-22 relationship ties the hands of both the FBI and the State Department, and, with well over a thousand kidnappings happening in Colombia every year, the elder Rey’s fate is not newsworthy enough to create a cause célèbre. Grippando does a masterful job of establishing how monstrously evil—and lucrative—the Latin American kidnapping business has become, but then he starts piling up complexities that make this, after all, just another highly contrived if readable thriller: an FBI narcotics agent hints that Matthew’s partner, Guillermo Cruz, might be involved in illicit goings-on; Nick’s journalist sister, Lindsey, knows something about Cruz that she isn’t revealing; and, finally, a seedy fellow claiming to be a psychic produces confidential detail about a $3 million kidnapping insurance policy Matthew recently acquired. Meanwhile, Nick, having had his marriage proposal to lawyer Jenna turned down, begins to fall for the charms of Alex Cabrera, an investigator (now working for the insurance company) who was once a member of the radical leftist organization that may have kidnapped Matthew. There’s even a courtroom scene, brought on when the insurance company, represented by Nick’s firm, balks at paying the $3 million ransom, and Nick, with Jenna acting as his co-counsel, has to go up against his firm’s nastiest litigator.

Albeit way too contrived to be believable, Grippando’s premise, that we are all victims of kidnappers, and his punchy plotting, build up a quick and enjoyable head of steam.