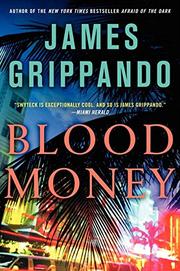 The courtroom verdict is only the beginning of the fireworks in Jack Swyteck’s 10th appearance before the Miami bar.

“There’s no such thing as a perfect client,” reflects Jack (Afraid of the Dark, 2011, etc.), and he should know. Against all odds, the jury has found hard-partying Sydney Bennett not guilty of murdering her toddler daughter Emma. But even before the Shot Mom, as TV commentator Faith Corso has dubbed her, is released from prison, a crowd Corso has stirred into a frenzy has mobbed the prison gates in the dead of night, and coed Celeste Laramore, who’s made herself up to look just like Sydney, is mistaken for her, attacked by someone in the crowd and sent into a coma. The Shot Mom herself, secretly released shortly thereafter, is spirited off in a private jet after warning Jack not to write the tell-all book he’s urged her not to write either. After Celeste’s parents persuade Jack to file lawsuits against the prison and the Breaking News Network, he finds himself up against BNN’s fearsome hired gun Ted Gaines, who uses every trick in his legal arsenal to counterattack. Jack, who’s taken on the work pro bono, is slapped with a gag order, threatened with stiff legal sanctions when he’s accused of violating that order and beaten by a dark figure who tells him that he’ll retaliate against someone Jack loves if Jack doesn’t flush Sydney from wherever she’s hidden herself. When the jury foreman confesses to taking a $100,000 bribe in return for freeing Sydney, Miami-Dade County prosecutor Melinda Crawford joins the legion of people who really want to know where Sydney is and are sure they can press Jack to tell them.

The criminal behind this fine mess is a cipher, but Grippando turns the screws on Jack so comprehensively that exhausted readers, turning the last page long after midnight, won’t mind.