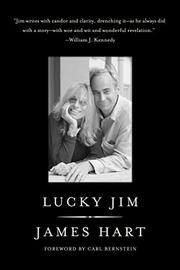 A former business executive tells the moving story of his rise from poverty to privilege and the secrets that haunted—and almost destroyed—his life.

Hart (Milding, 2004) met future wife Carly Simon on a chance train ride to New York City. He had not known who Simon was, only that he was profoundly attracted to her. A former seminarian, the author was a divorced insurance salesman and sober alcoholic with a mentally challenged son. His early life had been marred by the alcoholism and violence of a father whose “rages were as unpredictable as the Atlantic,” and Catholicism had been his refuge. Simon, by contrast, lived a glamorous life as a famous recording artist who had been married to singer James Taylor and romanced by countless other stars, as well as the daughter of Simon & Schuster co-founder Richard Simon. Despite their differences and the fact that the author, who bore a striking resemblance to Taylor, sometimes felt like a replacement for him, they married six months after they met. For Hart, the main challenge was acclimating to privilege and his sudden acquisition of the financial and emotional support he needed to pursue his dream of writing a novel. He soon discovered that his underlying attraction to men was also an issue, but one he could not face. Painful fissures appeared in his marriage to Simon and in his life; prescription painkillers, hookups with gay men, and crack cocaine became his modes of escape. Two decades after it began, his marriage ended, and he was forced to confront three painful truths: that he was an addict and homosexual who had failed the son he could not bring himself to love. In this searching, honest, and emotionally nuanced narrative, Hart navigates the struggle with his personal demons and the celebrity world with which he unexpectedly became enmeshed with elegance, grit, and artistry. The result is memoir that makes for exceptionally poignant, lyrical reading.