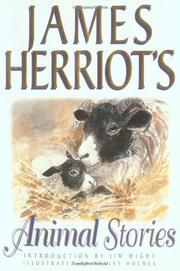 The Herriot industry never sleeps. Here is a repackaging of ten of the amiable Yorkshire vet's stories, drawn from several of his bestselling volumes, including All Creatures Great and Small (1972) and All Things Bright and Beautiful (1974). Featuring an introduction by Herriot's son (who took over his practice), and color illustrations by Lesley Holmes, the collection serves as a succinct reminder of the reasons for Herriot's success: his clear love of animals, his ability to match a droll wit (often exercised at his own expense) with lively sketches of shrewd country people, and his great skill at keeping his tales short and to the point. Fans won't need the volume, though newcomers may find it a useful introduction. (Literary Guild alternate selection)