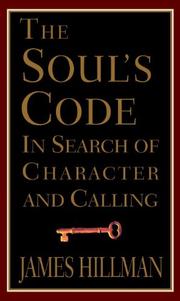 In Search of Character and Calling

What set of factors most influence the course of an individual human life? Nature? Nurture? The choices a person makes, including one's intimate relationships? Or is it the complex interplay of all of these? For Jungian analyst and prolific writer Hillman (Kinds of Power, 1995, etc.), the correct answer is apparently ``none of the above.'' Rather, Hillman focuses single-mindedly on each person's special daimon, an abstract, almost mystical notion lifted from Neoplatonic thought that he defines as ``an invisible nonhuman escort,'' and ``the lot your soul chose before you ever took a breath.'' This daimon, he argues, ``the essence'' or blueprint of each life, calls us to a very particular destiny, and it does not willingly suffer our neglect. In developing endless variations on this idea, he comes out sounding extraordinarily fatalistic, positing, for instance, that ``assassination was written in Gandhi's script.'' Thus, he largely downplays such basic aspects of the human condition as choice, conflict, ambivalence, chance, irrationality, and madness. And Hillman's intense focus on individuals and their unique fates means that the communal side of life, and specifically altruism and other positive social values, are also given little weight. Finally, as the following passage exemplifies, Hillman's prose often seems both confusingly bloated and maddeningly ethereal: ``I am different from everyone else and the same as everyone else; I am different from myself ten years ago and the same as myself ten years ago; my life is a stable chaos, chaotic and repetitive both, and I can never predict what tiny, trivial bit of input will result in a huge and significant output.'' This, and passages like it, are likely to leave many readers scratching their heads. This verbose book would have benefitted by being pruned into a stylistically far tighter essay, less declamatory and more reflective. (Author tour)