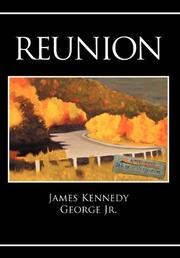 A 60-year-old man comes to terms with growing up with an alcoholic father in George’s debut novel.

Framed by narrator Jim Jackson’s high school reunion in the middle-class Southern town of Princeton, W.Va., George’s novel spends the bulk of its pages on Jim’s memories of his rather conventional teenage pastimes: ham radio, dances, assisting the school’s venerated football team. In 11th grade, Jim gets a thrilling gig as a Sunday morning radio announcer at the local station and has fun as quasi-roadie to his friends’ rock ’n’ roll band. These ’50s scenes of suburban sock hops and polite teenagers are pleasant to read, but it’s hard to tell if they could possibly have been as bland and unthreatening as George depicts. The worst thing any teen ever does is flirt with someone else’s girlfriend, and despite some discussion of segregation and racism, everyone presented directly is nice as nice can be. Into this narrative of old-fashioned civility thrusts, again and again, the specter of Jim’s alcoholic father, who appears at the end of every chapter or so, coming home drunk from the Elks Club, sometimes vomiting on the front porch. George puts some emotional force into these scenes, but their impact on Jim is only telegraphed. We never get to feel young Jim’s emotions, or even really see them, which greatly lessens the novel’s power. In later sections, the narrator comes right out and tells us that his father’s alcoholism has stunted his own development as a husband and father, but he does so in clinical language: “My inability to engage was a serious flaw”; “Looking back, we were trapped in a web of dysfunctionality.” We abruptly learn that the narrator now has a “sullen” 11-year-old son with “hard blue eyes,” with whom he has a “brittle and unfeeling” relationship, but no history of the relationship is given that could provide insight or invite the reader’s empathy. Still, final chapters on the physical declines and deaths of both Jim’s mother and mother-in-law are moving. And by the end of the book, George conveys Jim’s frustration with his own emotional frigidity and failings as a husband and father in a way that finally edges into raw feeling.