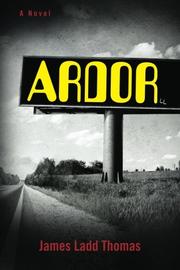 In Thomas’ debut coming-of-age novel, a liberal, headstrong girl lives her life in the conservative South.

Ardor is a young woman determined to live whatever way she pleases. As readers learn through various flashbacks, her childhood home broke when her father ran off with another woman, sending her mother into a series of vacant love affairs that distracted her from her children. The one bright spot in Ardor’s life was her beloved older brother, who served as both corrupter and protector, but even his presence is eventually snatched away. Ardor remains fierce, though, and doesn’t let tragedy stop her from going about her life. She’s well-liked and can make friends with relative ease. She makes lovers with relative ease, too. Ardor has had plenty of flings throughout her young life, causing many in her community to label her a slut, but she takes it all in stride. She never lets the watchful eyes of others stop her from doing what she wants, whether it’s kissing another woman in a committed relationship or sleeping with a married man. With such a long list of vices, it’s little wonder that she’s drawn to nonjudgmental people. Ardor is nonjudgmental herself—unless, of course, someone hurts her or happens to have a value system stricter than hers, in which case, nothing can stop her wrath. She’s not above chewing someone out or lighting a lawn on fire. Readers with a rigid value system may find Ardor’s attitude difficult to swallow at first, but if they can adjust, they’ll be rewarded with a realistic story about the joys and pains of growing up. Along the way, Ardor falls into a typical trap: failing to acknowledge her own judgmental tendencies. Still, it’s a human, realistic fault to have, especially for young people, which highlights the novel’s well-developed coming-of-age motif. Like many young people, Ardor knows everything and lives for the moment. For all the fun she has, however, her life remains quite empty. The vignettes that form the novel’s narrative are somewhat nonchronological, which draws attention to the haphazard, scattered history of lovers who meant nothing. Oddly enough, it’s in the moments she experiences loss that her life seems to hold the most water.