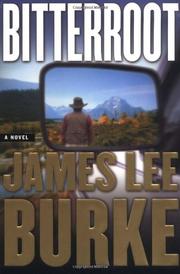 Case in point: When Doc Voss, a Vietnam vet who’s long opposed every cause from cyanide-assisted mining to the local militias, gets himself in with one bad apple too many, his daughter Maisey is raped and beaten. And when Lamar Ellison, the hell-raising biker who’s the obvious candidate for head rapist, is killed, Doc is promptly arrested for murder. Nor has Billy Bob been wasting his own time. In short order, he’s bedded and broken up with Dr. Cleo Lonnigan, a part-time staffer at Doc’s clinic whose husband and son were executed right around the time mobster Nicki Molinari claims she ran off with $700,000 of his money; and he’s inadvertently fingered undercover ATF agent Sue Lynn Big Medicine to Wyatt Dixon, an ex-con who’s high-tailed it up from Texas to join his old bud, militia chief Carl Dixon, and incidentally start needling Billy Bob about the fatal plea bargain he cut for Wyatt’s late sister. Refusing as usual to back down from trouble, injustice, or even a single provoking word, Billy Bob has soon antagonized Cleo, the local sheriff, and the ATF, in addition to the nominal bad guys. And Burke, who’s been exploring the unholy intimacy between good and evil for 20 years, soon has his decent hero—still haunted by the familiar of the best friend he accidentally shot to death—up to his neck in trouble, as acts of violence float and spin and vanish like leaves on a whirlpool.

There can’t be much suspense when everybody in Missoula County wants to kill everybody else. Instead, Burke provides another chapter of the kind of scorched-earth moral warfare that never ends.