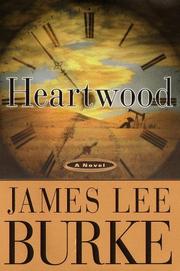 A second rangy Texas crime opera (Cimarron Rose, 1997) from the Edgar-winning chronicler of bayou detective Dave Robicheaux. This time out, Deaf Smith attorney Billy Bob Holland is handling what looks like a little case: the defense of Wilbur Pickett, a resounding flop who’s been accused by local Croesus Earl Deitrich of stealing $300,000 in bearer bonds and an antique watch. But nothing ever stays little for long in Burke’s monumental novels, and this case simmers with rumors that the watch rightly belonged to rolling-stone Skyler Doolittle; that Deitrich accountant Max Greenbaum was at the point of challenging his boss’s story when he was killed by gang-bangers in Houston; and that the power behind the dangerous games of a Deaf Smith gang called the Purple Hearts is Deitrich and his gay-bashing gay son Jeff. Billy Bob, still haunted by his high-school fling with Deitrich’s wife Peggy Jean—an affair she seems indecently eager to resume—can’t swing a dead cat around his homestead without hitting other predators and the little people they prey on. No sooner has rascally Deitrich pilot Bubba Grimes offered to give evidence against Deitrich than he breaks into the home of Wilbur’s blind wife Kippy Jo, and she’s facing murder charges for shooting him. And when Skyler, hustled into custody by another Deitrich plot, takes it on the lam, his escape ensnares both the fellow-convict who helps him and the sadistic deputy bent on tracking him down. It’s all perfectly familiar to Burke’s legion of fans, of course—from the ancient romance with the spoiled rich girl to the corruption of wealth and power to the violence seething inside gang-bangers and heroes alike—and it’s all done to a turn. Forget Raymond Chandler. The obsessive return of Burke’s ambitious themes, together with his characters’ inexhaustible capacity for courage, tenderness, and rage, makes him the Faulkner of the American crime novel.