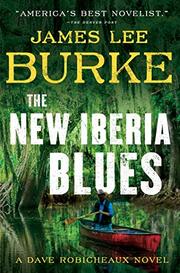 Despite a new slate of murders to investigate and a new love to provide hope, Sheriff’s Detective Dave Robicheaux provides still more evidence that nothing ever really changes in Louisiana’s New Iberia Parish.

Dave is feeling his age. Although his adopted daughter, Alafair, complains that he treats her like a child, he has to acknowledge that she’s an attorney, a novelist, a screenwriter, and an adult who’s presumably capable of managing her relationship with Lou Wexler, the producer of native son Desmond Cormier’s latest film, now shooting in New Iberia and environs. Even as he’s pointing out that Wexler’s much too old for Alafair, Dave’s embarrassed to have been smitten with his new partner, Bailey Ribbons, who’s basically his daughter’s age. All of which ought to take a back seat to the escape of convicted killer Hugo Tillinger from a prison hospital and the death of Lucinda Arceneaux, a minister’s daughter who’s been shot full of heroin and crucified in Weeks Bay. As usual, however, the case is deeply entangled with Dave’s personal life, and the links are only tightened by the murders of ex–courtroom janitor Joe Molinari and Travis Lebeau, a confidential informant working for Dave’s friend Cletus Purcel. It would be nice and neat to think that they’d all been killed by Hugo Tillinger—or by Chester "Smiley" Wimple, the wide-eyed, psychopathic avenger who’s already crossed Dave’s path (Robicheaux, 2018). In New Iberia, though, nothing is ever nice or neat, and even Desmond Cormier’s dreamy fixation on the closing scene of the classic Western My Darling Clementine, which ought to be a sign of his nostalgic attachment to a noble image of mortality, ends up attracting him to Bailey Ribbons, whom he sees as another Clementine, placing himself along with virtually everyone else in the parish on a collision course with Dave.

Many of the character types, plot devices, and oracular sentiments are familiar from Burke’s earlier books. But the sentences are brand new, and the powerful emotional charge they carry feels piercingly new as well.