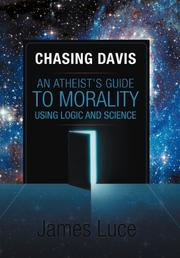 An Atheist's Guide to Morality Using Logic and Science

Luce sets out to explain why only science and logic are reliable guides for morality.

With his debut philosophical treatise, Luce enters the arena of the “new atheists”—Hitchens, Dawkins, Dennett, Harris and others. While those writers have tended to focus on a narrow theme within an atheistic framework, Luce tackles religion, morality, history, law, social convention, autobiography and more. He begins, like Hitchens in God Is Not Great (2007), by sharing his personal history of growing up in Davis, Calif., where he first felt “that to be at peace with oneself only required one be in harmony with whatever it was that was going on around one.” The author’s quest in his book is partly to regain that sense of peace as an adult, to “chase Davis.” It was also as a child that Luce first doubted the moral teachings of religion. In addition to explaining why he is an atheist, Luce provides a detailed review of what he sees to be the failings of traditional moral guideposts—religion, philosophy, government and law. He explores a wide array of issues within each of these areas and offers numerous examples for his propositions, which bolsters his argument that only science and logic are trustworthy guides. Luce adds a few original ideas to the “new atheism” debate, most notably the intriguing yet unproven conjecture that humans require a certain amount of space in order to get along and that violating this requirement has made the entire species “insane.” His critique of religion is wide-ranging but tends to treat religion merely as a set of premises. This approach has merit but ignores the complexity of how religion is practiced and experienced. Likewise, his critique of philosophy focuses on a few classic philosophers but ignores major atheist thinkers from Hume to Sartre, to whom his book is indebted. He also characterizes the views of philosophers as merely belief systems, a peculiar attack on the field that developed both logic and science.

A thorough treatment from an atheistic perspective, with numerous examples but few original hypotheses.