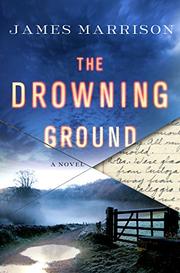 A grisly death reopens past crimes in the Cotswolds.

When Frank Hurst’s housekeeper found his wife’s body in the swimming pool of Dashwood Manor, Hurst had an airtight alibi. He was off buying a pony for his teenage daughter, Rebecca. Instead of sympathizing, however, his neighbors all turn against him. So does Rebecca, who runs away. Five years later, someone stabs Hurst through the throat with a pitchfork. DCI Downes, who’d been present at the earlier crime scene, is shocked by both the savagery of the current murder and the change in the house, which is barred, boarded, and bricked up. Since the murder, the reclusive Hurst had been living in squalor—except for his daughter’s immaculate room. The Argentine/English Downes knows something of solitude and alienation himself. In fact, Graves, his new sergeant, wonders how Downes got that scar and why he’s called Shotgun. The university-educated Graves, suddenly transferred from Oxford to remote Moreton-in-the-Marsh, also knows what exile feels like. But he and Downes have more pressing concerns than homesickness when the manor catches fire shortly after Hurst’s murder, and Downes risks his life to carry out the remains of a woman hidden under the rubble at the back of the house. Suspicions about Hurst and the two young girls who went missing seven years ago, a long-ago incident on an icy pond, and Rebecca’s reasons for leaving her doting father push Downes even harder to solve a crime he still feels guilty for not pursuing years ago. Just when he thinks he’s getting a handle on it, new evidence and a new murder make him change direction in an increasingly complex case.

In his fiction debut, Marrison leaves just enough unexplained about his shrewd, moody protagonist to make you hope he’ll return in a sequel.