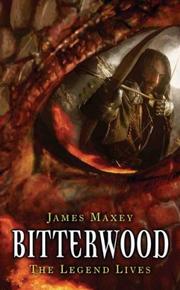 An inventive fantasy tale inhabited by a cast of satisfyingly complex characters.

The story takes place in a world in which humanity has given way to a race of dragons who now rule the land. Humans survive, but serve as the dragons’ slaves, a proletarian serf class upon whom the dragons rely for food and wealth. The dragons are led by the fierce but aging Albekizan, one of the greatest of all dragon kings. Tradition requires that the king’s sons fight each other for the paradoxical honor of being banished from the kingdom, the thought being that the exiled son will one day return to overthrow his father and establish an even stronger rule. During one of these contests, heir apparent Bodiel is killed by Bitterwood, a specter-like human dragon-killer who has stalked and slain dragons for 20 years, ever since his family was killed by the beasts. In his rage, Albekizan demands that all humans be killed as punishment for Bitterwood’s crime. Bitterwood, whose vengeful lust for dragon-killing has begun to subside, must rally his fellow humans–and any enlightened dragons he can find–to prevent the mass slaughter from eradicating the race. The titular character is a fascinatingly subtle fictional creation, driven sometimes by passion, other times by caprice, and often just as unsavory as he is attractive. Maxey’s fantasy world is well rendered and limber enough to serve as a metaphor for our own, and the author effectively, if sometimes heavy-handedly, weaves into the narrative social commentary on topics as varied as right rule, religious zealotry and genocide.

For the sake of humanity, join in Bitterwood’s revolt.