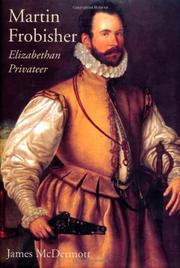 Frobisher, a “semi-literate” man with “no skills, prospects or other faculty to recommend him,” failed early on at conventional merchant trading and, despite his modern reputation as a hero and explorer, actually spent the majority of his life in a different profession: “privateering” (i.e., the state-sanctioned theft of other nations’ trading vessels and cargoes). In his late 30s, however, Frobisher managed to reinvent himself as a visionary explorer, making two trips to the New World in search of the (nonexistent) Northwest Passage. In spite of his failure, Frobisher’s reputation as a sea captain grew, and for the rest of his life he was repeatedly called on to assist in England’s maritime offensives. He was ultimately made an Admiral of the Royal Navy, and suffered a mortal wound while leading a charge on a Spanish fort. McDermott argues that Frobisher’s character flaws were often his best asset and that his arrogance, unscrupulousness, and single-minded fearlessness saved him more than once where more balanced men would have fallen prey to equivocation. His cold-heartedness served him poorly, though, in the end: having failed utterly to provide for his first wife and children (who died in a poorhouse after he abandoned them), his second marriage produced no children and his hard-won estate was quickly squandered after his death.