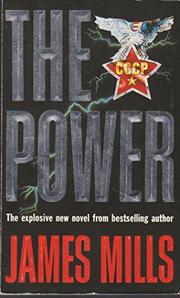 Mills, best known for his sober, detailed crime-writing, fictional (Report to the Commissioner) and factual (The Underground Empire), takes a sharp turn toward the infinite in this wild tale of telekinesis, Satanism, and the truth about US-Soviet relations in the last days of Yuri Andropov. Why were Richard Nixon's and Jimmy Carter's presidencies marred by historically documented episodes of irrational public behavior? Why, a few months after surviving the mysterious collapse of a scaffold under him, did Brezhnev suddenly begin to act equally erratic? Darya Timoshek, glamorous Soviet defector, tells the Monday Afternoon Group (MAG), an elite corps of paranormal investigators, that her project, Spectrum, had altered these leaders' behavior through telekinesis--and proves it by bringing a skeptical Army officer at the briefing to a remote-control orgasm. But after Darya abruptly cancels her defection by returning to Russia, and after MAG physician Jack Hammond, responding to Moscow-based agent George Cox's call for a meeting, finds Cox dead in his hotel bathtub, Hammond realizes that Darya's playing a devilishly deeper game--one he can counter only with the help of miraculous healer Valentina Leonov, who's called in to keep Secretary Andropov alive until he can anoint Gorbachev as his successor. Jack's adventures--his visits to Spectrum headquarters, flights from the KGB, and hesitations between his good and bad angels--are exciting stuff, but the links between this political puppet-show and the puppet-masters--telekinesis, mind control, diabolism, and Christian healing--are forged with a wide-eyed seriousness that grounds those adventures firmly in fantasy. Too bad.